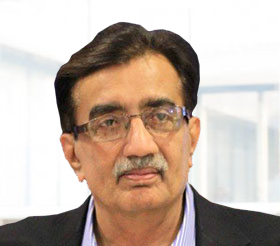 Iqbal Ali Lakhani has over 43 years of top management experience in group companies in finance, marketing, manufacturing industry and government relations. His special interests include marketing, finance, total quality management and re-engineering. Lakhani is Chairman of the Corporate Boards of 4 Lakson Group

Lakhani is a Trustee of Layton Rehmatullah Benevolent Trust (LRBT), Lakson Medical Trust, R & I Trust and Director of Pakistan Business Council. He has been Chairman of the Cigarette Manufacturers Association of Pakistan, Aga Khan Economic Planning Board for Pakistan and Vice President of the American Business Council of Pakistan. 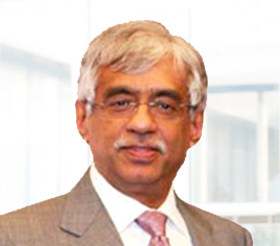 Zulfiqar Ali Lakhani is Managing Director and Chief Executive of two public companies which include a multinational company and Director of three companies including a listed and a multinational private limited company of Lakson group. Lakhani has over 36 years of experience in manufacturing, marketing, sales and finance.

He is MBA from Wharton School of Business, University of Pennsylvania, U.S.A. with a concentration in Finance & Marketing, M.S. in Industrial Engineering and B.S in Chemical Engineering from Stanford University. He is a Trustee of Hasanali & Gulbanoo Lakhani Foundation (A Lakson group welfare trust). Lakhani is also Trustee of Foundation for Museum of Modern Art (FOMMA) in Pakistan and a Member of the Governing Board of Agha Khan Hospital and Medical College Foundation. 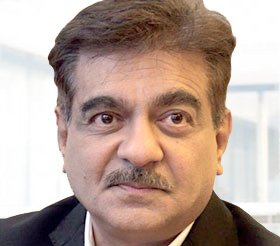 An MBA in Finance and International Business from The Wharton School of Business, University of Pennsylvania (USA) and holder of Bachelor of Science in Industrial Engineering from Stanford University (USA),  Amin Mohammed Lakhani is part of the Executive Leadership Team of Lakson Group of Companies.

Amin Mohammed Lakhani is Chief Executive of SIZA Foods (Private) Ltd., the franchise holders of McDonald’s restaurants in Pakistan, a world known Multinational Corporation serving fast foods. Under his dynamic leadership, SIZA has succeeded in a short period of 18 years in making McDonald’s almost a household name in Pakistan, expanding the network of its restaurants to 71 in key cities of the country. He has also won “Golden Arches Award” 2011 from McDonald’s Corporation, the highest award an owner-operator can receive from McDonald’s.

His rich experience in finance, marketing, management and production spanning over  32 years has enabled him to serve as CEO of 12 unlisted public and private limited companies, Director on the Corporate Boards of 4 Lakson Group companies listed on Stock Exchange in Pakistan and Director in 14 other unlisted public and  private limited companies of the Lakson Group.

Lakhani actively participates in social activities. He is a Founder Member of Pakistan Chapter of Young Presidents’ Organization, and served as the local Chapter’s chairman for the 2006-07 term. He is a Member of Stanford Alumni Association as well as of The Wharton Alumni Association. He is an ardent sport enthusiast and his
favourite sporting activities include riding, playing polo, tennis and golf. He has widely travelled around the globe and takes interest in international/current affairs.

Lakhani strongly believes in Lakson Group’s philosophy of paying back to the society. He is a Trustee of Hasanali & Gulbanoo Lakhani Foundation, a Lakson Group welfare trust. The Foundation provides educational and medical facilities to the deserving and needy persons and helps people in other areas and also a Trustee of Amin, Saira and Anika Lakhani (ASAL) Foundation 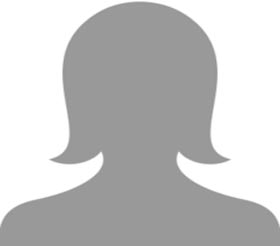 Aliya Saeeda Khan is a Partner at the law firm of Orr, Dignam & Co. and is based in the Firm’s Karachi office. She is an Advocate of the High Court of Sindh and a Barrister from Gray’s Inn. She is a graduate of the University of Cambridge. 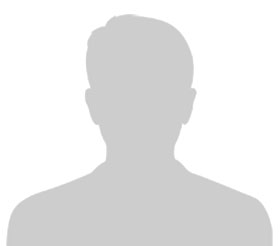 as Chief Financial Officer. He became one of the youngest Managing Director’s of his time in the year 1977 and remained in that position, i.e. Managing Director Abbott Pakistan, for 29 years. Mirza held the position of Chairman Export Processing Zones Authority from February 2007 to March 2009 and then joined PBC (Pakistan Business Council) as its Chief Executive Officer, a position he held till December 2015. PBC is a Think Tank cum Business Policy Advocacy Forum. He is the Chairman of – Philip Morris (Pakistan) Ltd. and Unilever Pakistan Foods Ltd. (UPFL), as well as Karwan-e-Hayat (NGO). He is also serving as Director on the Boards of Abbott Laboratories, International Steel (ISL), Sarmaya-e-Pakistan Ltd., Education Fund for Sindh (EFS), of which he was the Chairman from Dec. 2012 to Oct. 2016. Previously, he served as Chairman of Pakistan Mercantile Exchange Ltd. (PMEX) – formerly National Commodity Exchange Ltd. (NCEL), Chairman of Karachi Stock Exchange (KSE), President of Overseas Chamber of Commerce & Industry (OICCI), President of American Business Council (ABC), Chairman of Pharma Bureau – (Association of Pharmaceutical Multinationals). He served as Director on the Boards of State Bank of Pakistan (SBP), Pakistan State Oil (PSO), Pakistan Steel (PS), and National Bank of Pakistan (NBP), Bank Alfalah Ltd, Pakistan Textile City Ltd. Competitiveness Support Fund (CSF), Genco Holding Company, NAVTEC, and Safari Club of Pakistan Ltd. Further, he represented PBC on the Board of BOI (Board of Investment) and other Government Bodies / Institutions. Mirza has also been a past Chairman of a Task Force set up by Planning Commission on Pharmaceutical Industry, a member of the Economic Advisory Board of the Federal Government and Sindh Wild Life Board. He has served as a Member on Quality Control Board of Institute of Chartered Accountants of Pakistan. He also lectures regularly at the Pakistan Institute of Corporate Governance (PICG).

Syed Shahid Ali Bukhari completed his A-Levels from Karachi Grammar Schools and worked with C.A. firm Somers Baker in London under articleship for a period of 2 years (1972-1975) after completing Foundation course at Middlesex, UK. He worked with firms of general trading in Karachi dealing in imports of chemicals and tea

during 1976-1977. He established general trading Company in Dubai, UAE dealing mainly in organic fertilizer and media during the period from 1977 to 1984. He entered the field of commercial construction and poultry farming on partnership basis from 1984 to 1989. He relocated to Canada and Established & ran Mercury Hosiery Mills Limited during 1989 to 1993. He is the founder Director of Finex Securities (Private) Limited, a complete brokerage house having Money market/Forex desks and stock trading as a member of the Karachi Stock Exchange and remained Director from 1994 to 2006. He was an advisor of FDM Capital Securities (Private) Limited during 2007 to 2014. Bukhari was elected as an Independent Director of a private company and public listed company. He also serves as a member of the Board Audit Committee. He is a Certified Director and attended Directors’ Training Program offered by The Executive Development Center (EDC) of The University of Lahore, one of the approved Institutions of SECP to offer Directors’ Training Program in Pakistan.

Location | Visit Us Around the World